Perfectly tender and juicy, The New York Times calls this Mississippi Pot Roast “The Roast that Owns the Internet.” 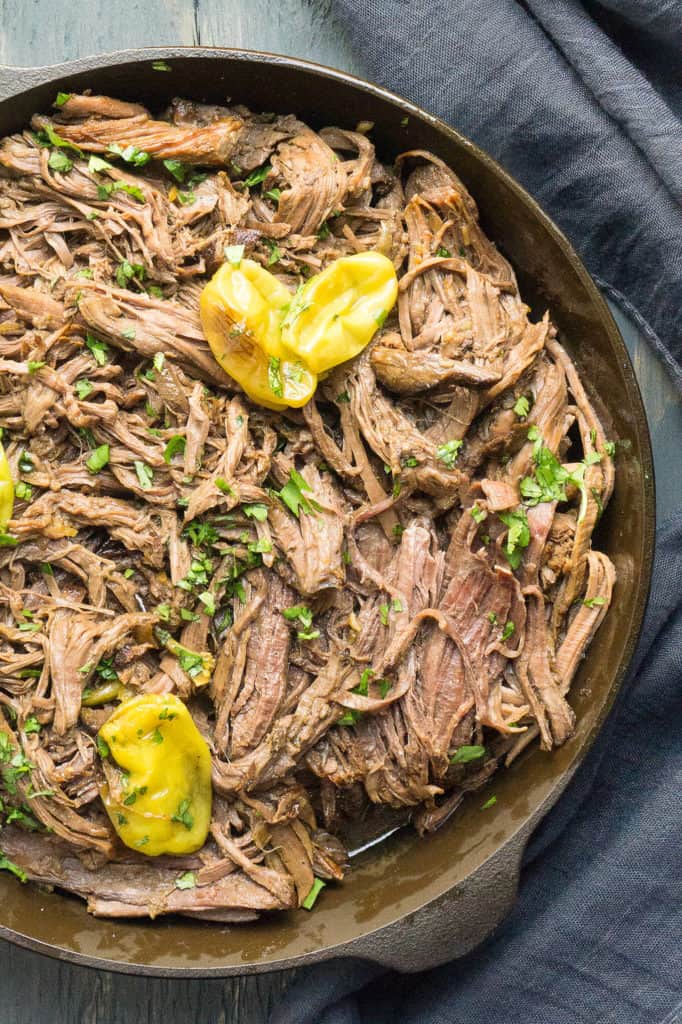 While visiting Ohio recently, I was invited to dinner by a friend who served this Crock Pot Mississippi Pot Roast. It was amazing! So flavorful and so tender and juicy! I immediately wanted to share it here on the blog and she generously gave me the recipe. I did a little research… it didn’t take much – this recipe is all over the internet! 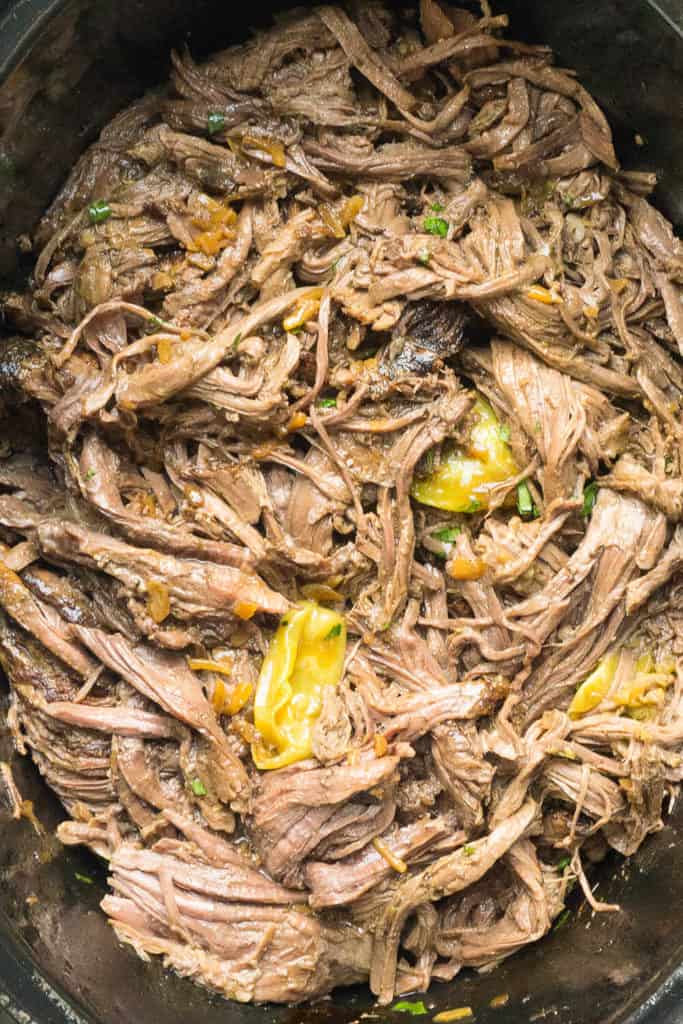 Mississippi Pot Roast was developed by Robin Chapman from Ripley, Mississippi, about 15 years ago although she simply calls it “roast.” A variation of a recipe she learned from her aunt which called for packaged Italian dressing, she substituted a packet of ranch for the Italian dressing to make it milder. Using a chuck roast in the crock pot, she added a packet of dry ranch dressing mix, a packet of dry au jus gravy, a stick of butter, and a few pepperoncini. Hours later she served it to her family and they were delighted. The Mississippi Pot Roast made its way to the internet where it became one of the most popular recipes on the web. 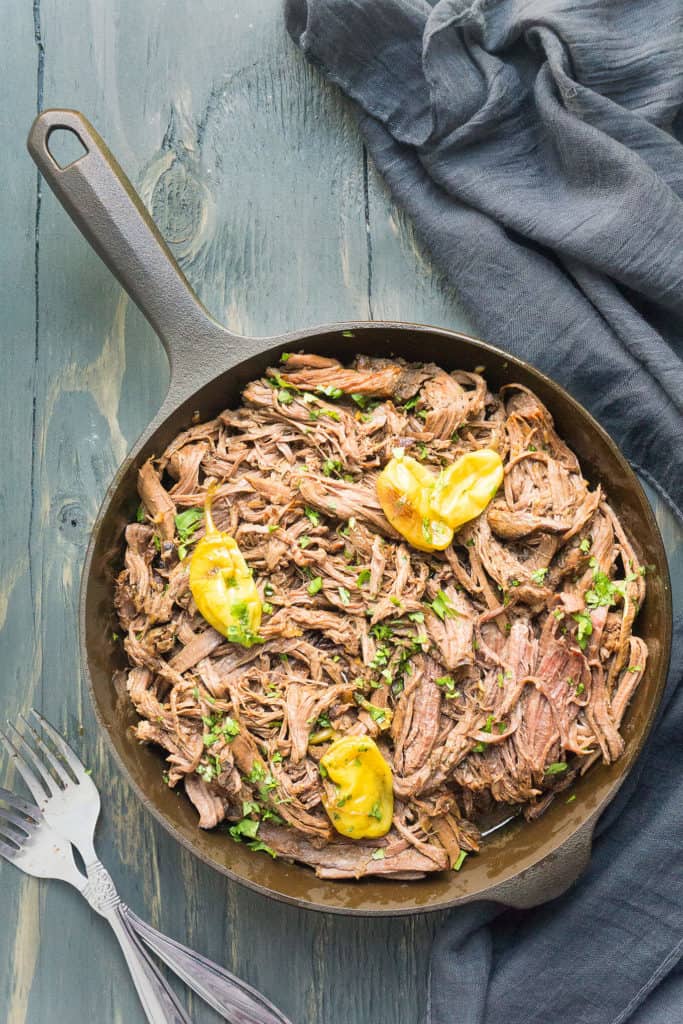 This amazingly delicious Mississippi Pot Roast couldn’t be easier. Sprinkle the roast with black pepper and brown on both sides in a little oil in a hot pan. Put the roast into a crock pot. I deglaze the pan with a few spoons of water and pour on top of the roast, but other than that, no additional liquid is added. Sprinkle the au jus and the ranch dressing packets on top of the roast. Top with a stick of butter and pepperoncini. Set to low and let cook for 8 hours. Shred the roast with two forks and serve. 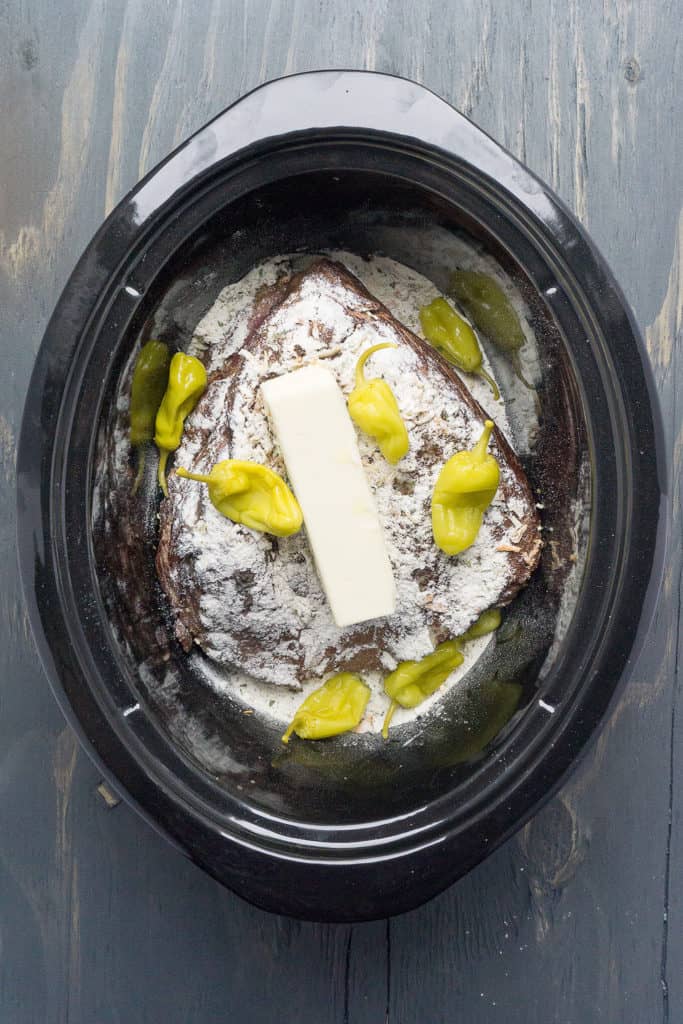 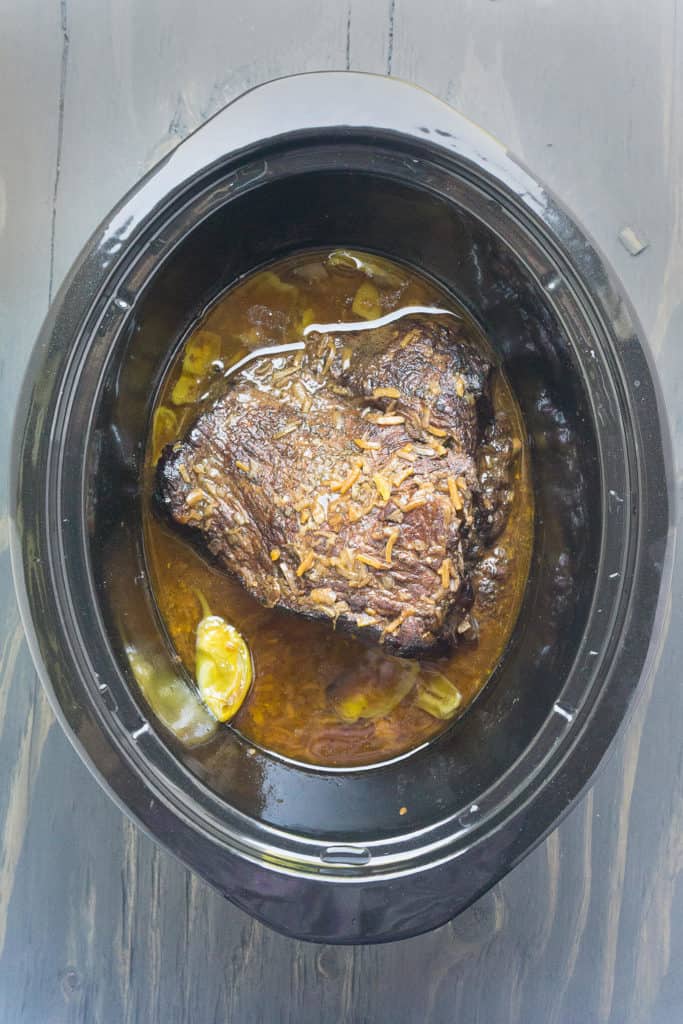 Mississippi Pot Roast is delicious served with mashed potatoes, noodles, or rice. Or try it on a sandwich roll with melted cheese. Yum!

« Mango Sorbet
Eggs in a Nest »