Decadent and sumptuous, this French Silk Pie is a chocolate lover's dream! The dense, mousse-like filling is luxuriously silky and smooth. Sprinkled with a dusting of chocolate shavings, the lightly sweetened whipped cream topping is as light as cloud. All of this nestled into a flaky, buttery crust; French Silk Pie is absolutely glorious! 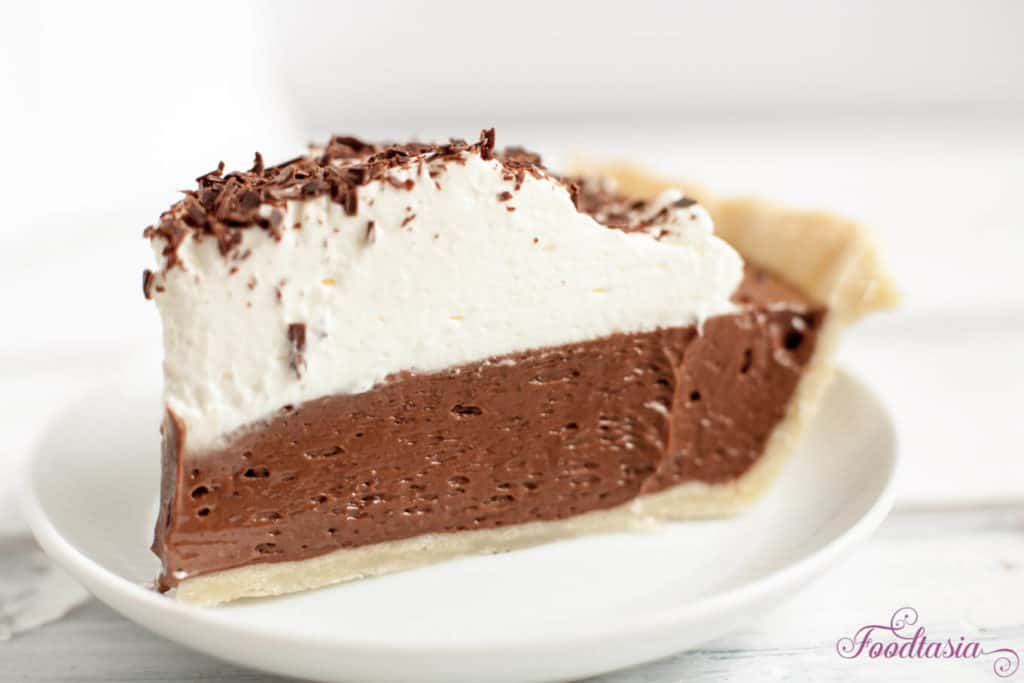 In 1949, General Mills launched the “Grand National Recipe and Baking Contest” which was later known as the Pillsbury Bake-Off. Held at the posh Waldorf-Astoria Hotel in New York, Eleanor Roosevelt was one of the award presenters. Since then, many prize-winning Pillsbury recipes have become part of our culinary heritage. French Silk Chocolate Pie is one of them. 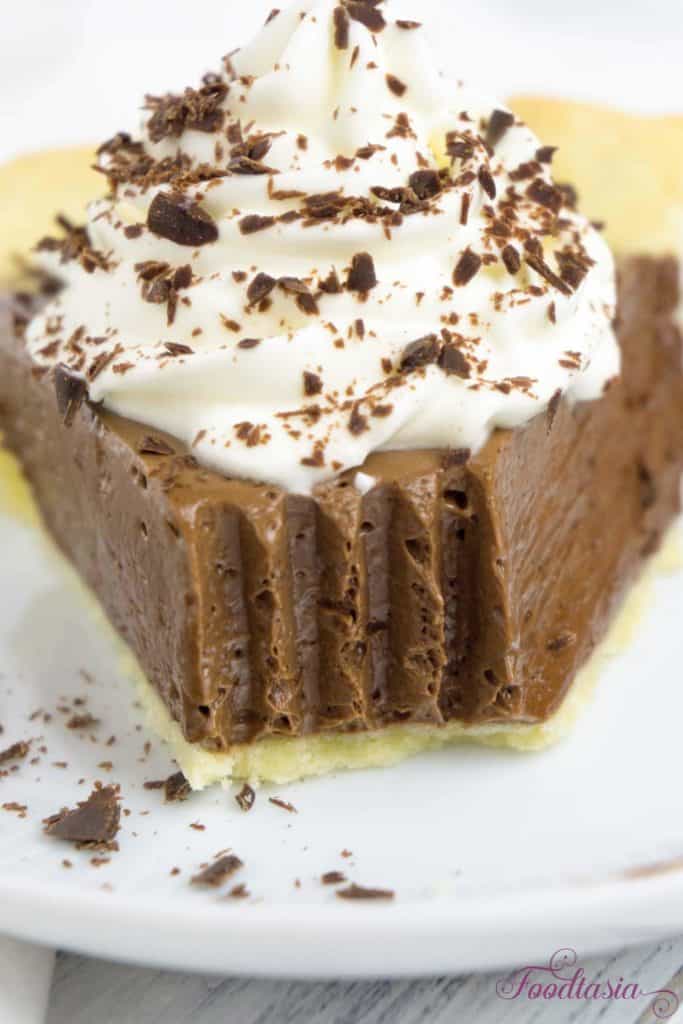 French Silk Chocolate Pie by Mrs. Kendall (Betty) Cooper of Silver Spring, MD, won the $1,000 “Best in Class - Pie” award at the 1951 Pillsbury Bake-Off. The recipe of unsweetened chocolate, sugar, eggs, butter, and vanilla (topped with whipped cream and chocolate curls) is not French at all—it’s adapted from a chocolate ice box pie recipe that Betty Cooper received from a friend’s mother, Hilda Larson, in Holdrege, Nebraska. It’s not known why Betty Cooper chose the “French Silk” name, but one bite and you can guess it’s because of the luxuriously smooth and silky texture. 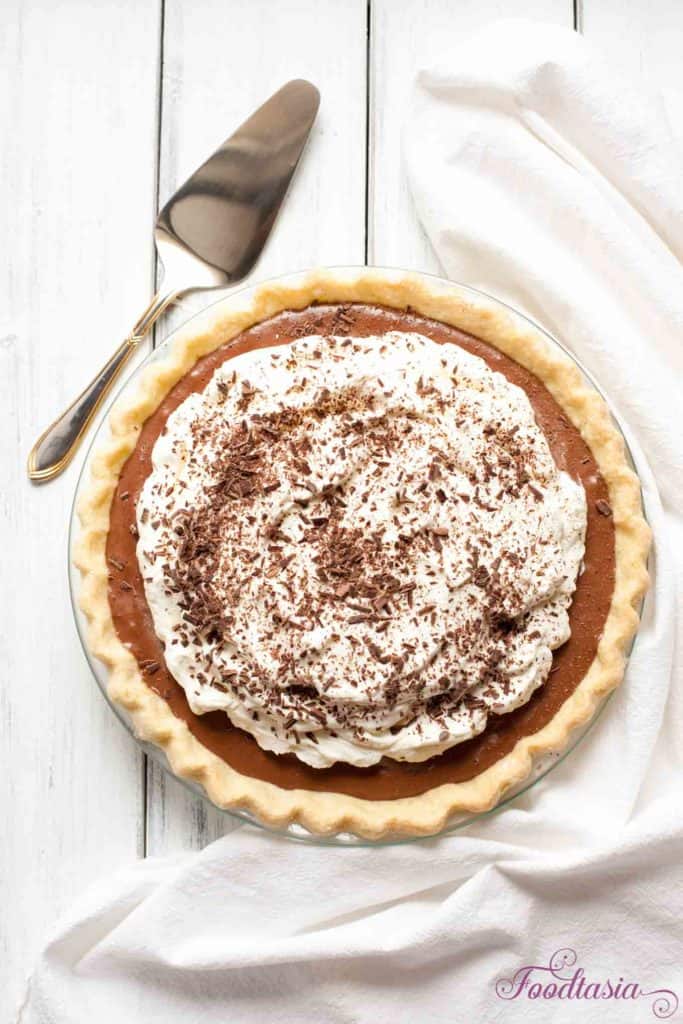 According to Barry Popik at The Big Apple, When Betty Winquest was growing up in Holdrege, her best friend was Mary Larson. After she moved to Washington DC and met and married Ken Cooper, she had only four recipes in her collection. One was for a chocolate “ice box” pie from Mary’s mother Hilda Larson. That recipe n a battered piece of folded stationary would become the basis for the internationally famous French Silk Pie. 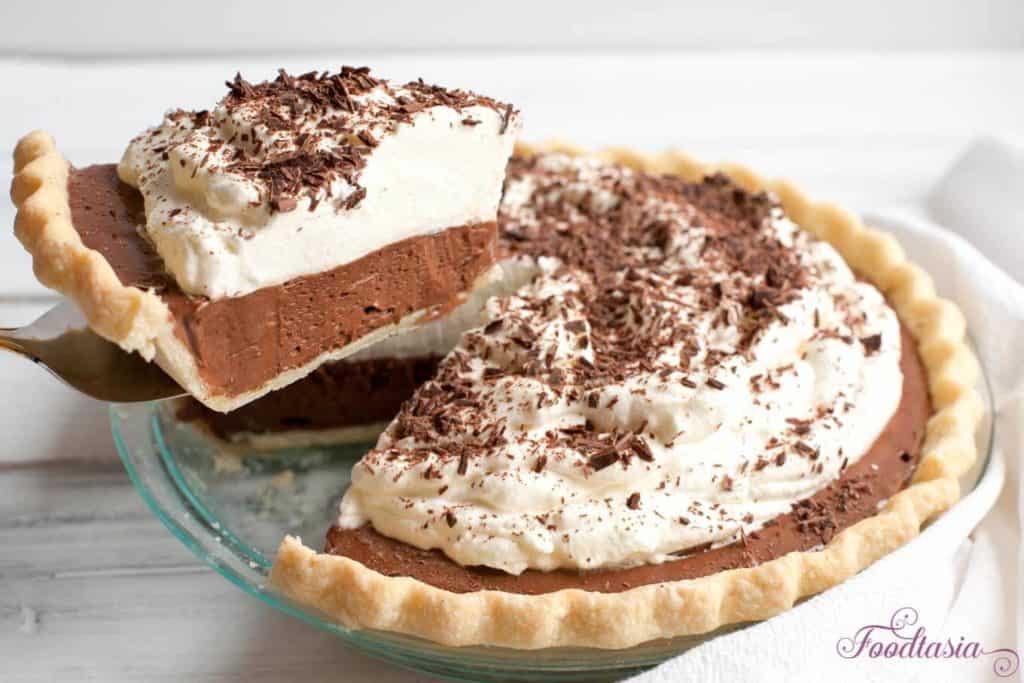 In 1951, Pillsbury was organizing their third annual bake off, and Betty heard about it listening to an Arthur Godfrey radio program. She decided to adapt Hilda’s recipe, which had become a favorite of her young family. She won the first rounds and was invited to final bake off in New York. There she won “Best of Class” and a $1,000 check. 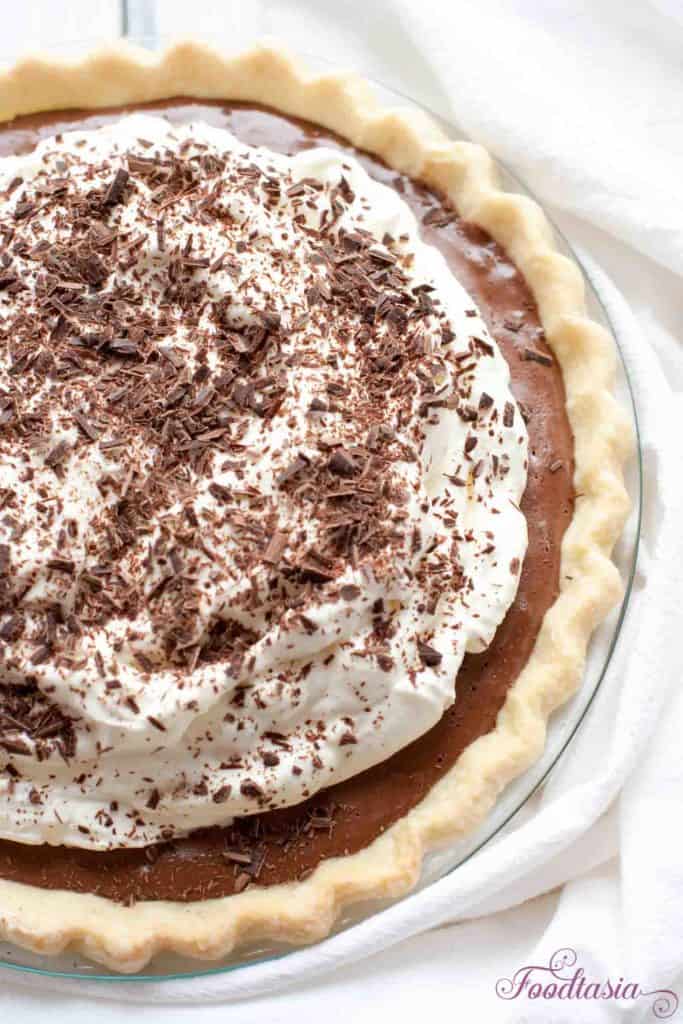 Butter and sugar are creamed together until light and fluffy. Superfine sugar, also known as caster sugar or baking sugar,  is used to ensure that all of the sugar is dissolved, giving a smooth texture. If you don't have superfine sugar on hand, it's easy enough to make at home. Just process some regular granulated sugar in the food processor for a minute or two.

Cooled, melted, unsweetened chocolate is added to the mixture as well as vanilla and a teaspoon of instant coffee granules which enhances the flavor and cuts the sweetness slightly. Use a good quality chocolate as much of the flavor of the pie depends on it.

And then, the key to a perfect French Silk Pie, eggs are added, one by one, with a full five minutes of whipping in between the addition of each egg. This long whipping is what gives French Silk Pie its silky smooth texture.

The filling is poured into a prebaked pie shell and refrigerated for several hours, or preferably overnight. Top with slightly sweetened whipped cream and chocolate shavings or curls. To make chocolate shavings, simply scrape a vegetable peeler down the long thin edge of a chocolate bar. 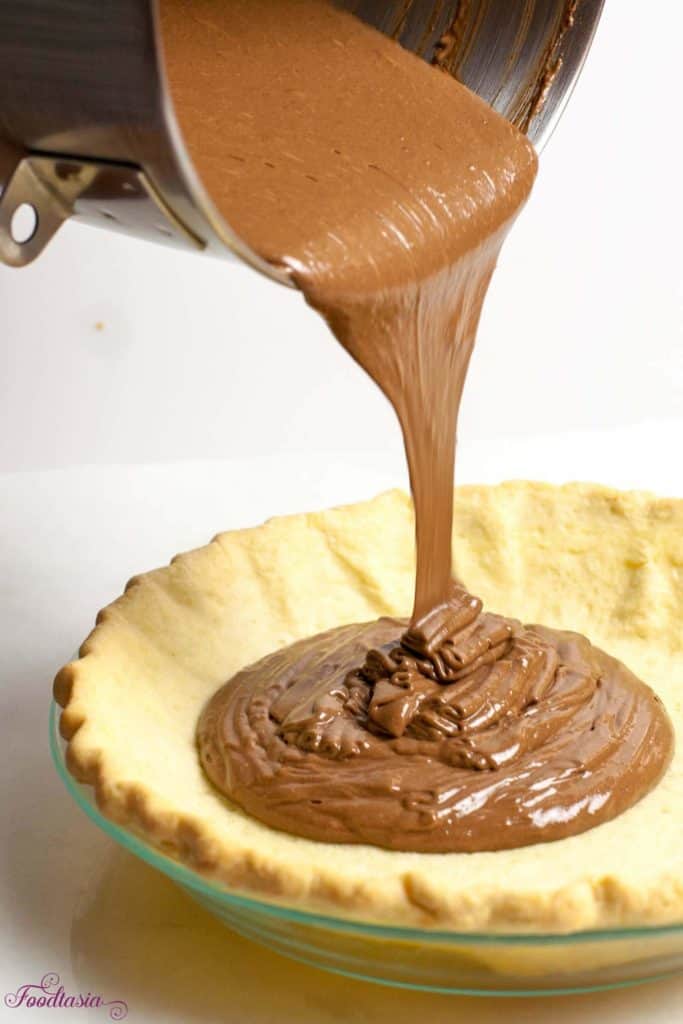 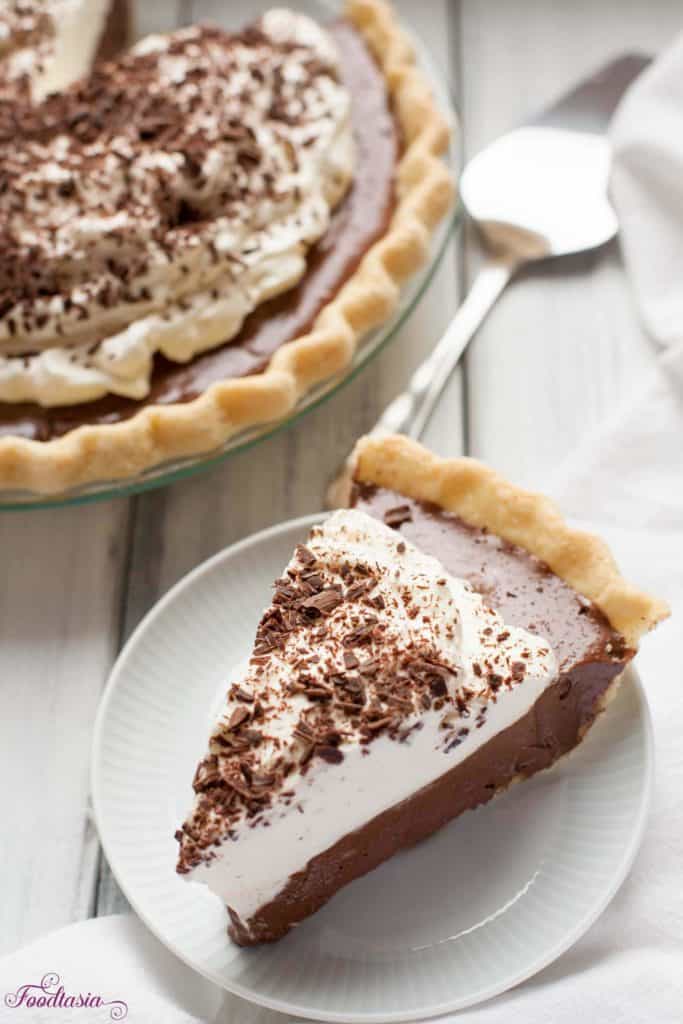 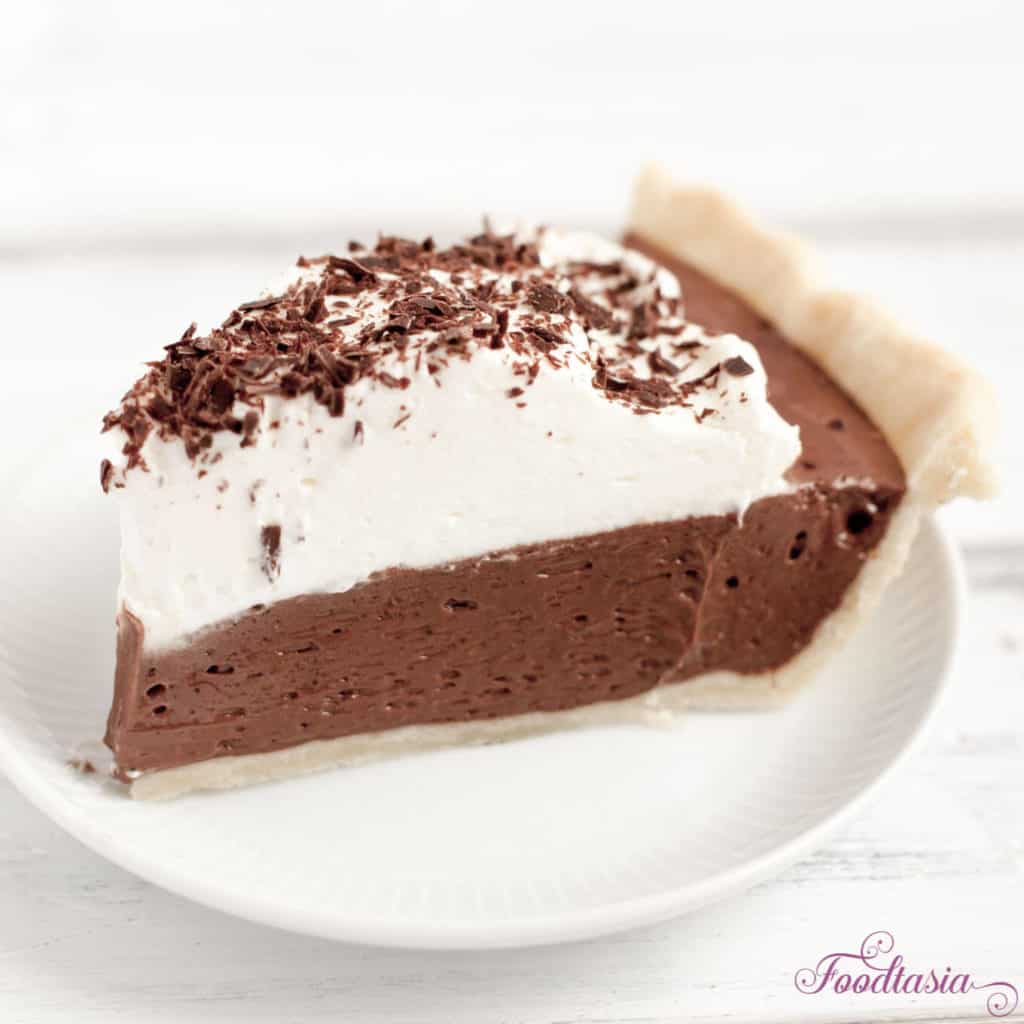 How to Make a Flaky Pie Crust 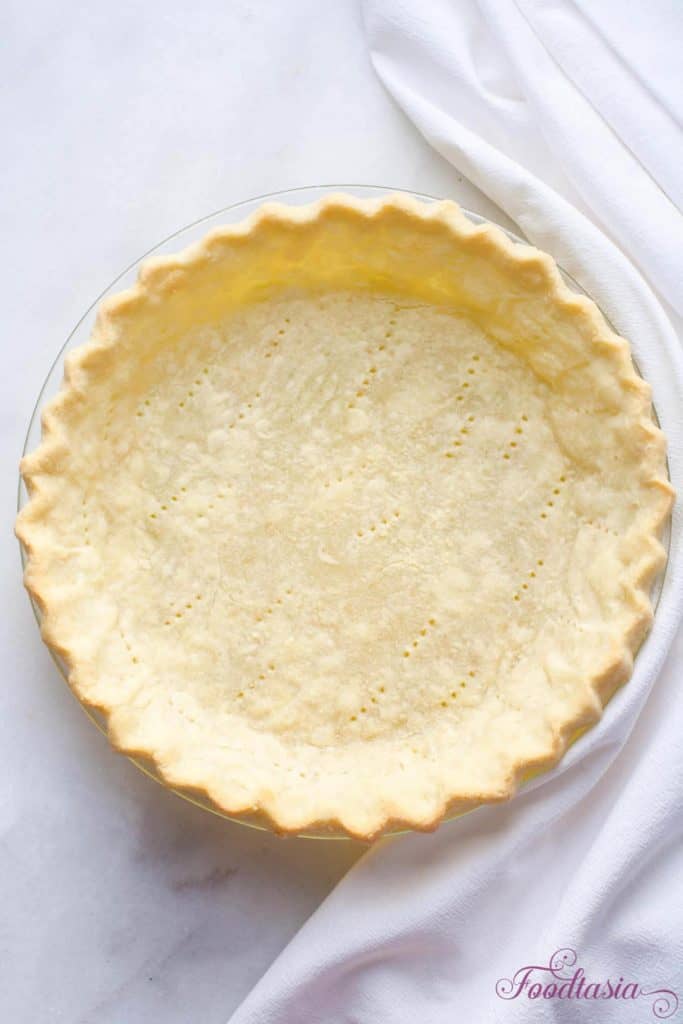 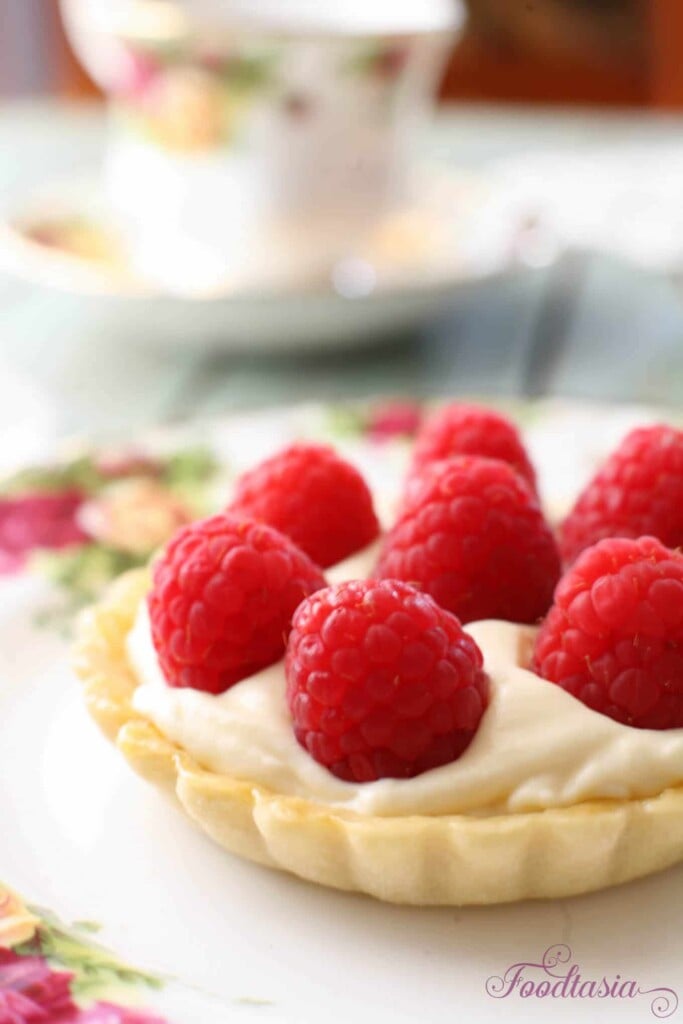 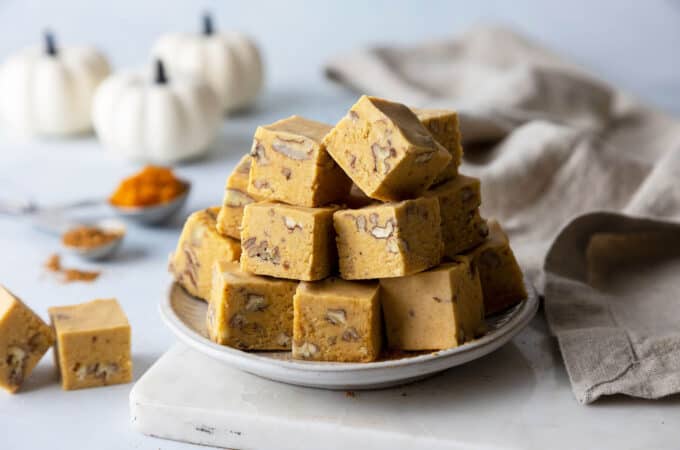 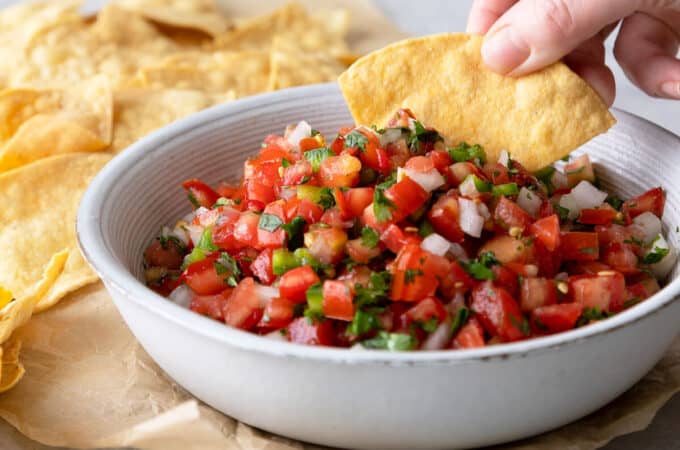